Malaria is a clinical and economical threat!

Every year millions of people suffer from this simple yet dreaded disease. There is a dire need to search the ideal treatment of this condition, and homeopathy can be one of them. Below are the excerpts and links of some of the major peer-reviewed works related to malaria research and homeopathy:

Homeopathy against Malaria: It’s Potential as a Third Millennium Drug

Authors: Rajan A, Ravichandran R and Bagai U.

“Establishment of classical homeopathic drugs for malaria can prove as a next generation therapy, as homeopathy doesn’t give any scope of resistance. The most important and significant aspect of homeopathic medicines is that they are developed after direct proving on human beings and not on animals.”

“This review will give scientific basis to classical homeopathic doctrine of ultra-high dilutions and their use as antimalarials. Homeopathic medicines are used against malaria since last two decades and this review provides a data of all homeopathic antimalarials and the ongoing researches.”

“In the present study, antimalarial efficacy of combination of two homeopathic drugs Chelidonium 30 and nosode 30 has been evaluated in vivo against Plasmodium berghei (P. berghei) infection using Peters 4-day test.”

“The combination of the drugs demonstrated considerable in vivo antimalarial activity with chemo-suppression of 91.45% on day 7. The combination also significantly (p < 0.0005) enhanced the mean survival time of mice which was calculated to be 22.5 ± 6.31 days, whereas it was 8.55 ± 0.83 days in infected control.

“The study establishes the effectiveness of the combination against P. berghei in vivo along with the safety of the drugs to the liver and kidney functions of the host.”

China rubra for side-effects of quinine: a prospective, randomised study in pregnant women with malaria in Cotonou, Benin.

“This prospective, comparative, randomised study was carried out between June and December 2007 in the Saint Jean-Baptiste Medical Centre, Cotonou. Women were included if they were >3 months pregnant and had a clinical diagnosis of malaria confirmed by a positive thick blood smear.”

“The aim was to compare the frequency of side-effects of quinine in the two groups until day 6 after the start of treatment. Neither the patients nor the care givers were blinded to study treatment.”

“This preliminary study shows the interest of China rubra 7CH in limiting the side-effects of quinine used for the treatment of acute malaria in pregnant women.”

Authors: Rajan A, Bagai U.

“The present study has been designed to evaluate the efficacy of Cinchona officinalis (Chin.) 30C and Chelidonium majus (Chel.) 30C in combination therapy against lethal murine malaria.”

“The combination of Chin. 30 and Chel. 30 exhibited complete parasite clearance by the 28th day post-inoculation which was similar to the positive control [artesunate (4 mg/kg)+sulphadoxine-primethamine (1.2 mg/kg)] group.”

“These findings point to the significant antiplasmodial efficacy of the combination of these homeopathic drugs against Plasmodium berghei.”

“The present study has been undertaken to screen in vivo antimalarial activity of Malaria Co Nosode 30 and Nosode 200 against Plasmodium berghei infection in BALB/c mice.”

“Peter’s 4-day test was used to evaluate the in vivo schizontocidal effect of Nosode 30 and Nosode 200.”

“In combination therapy, the oral administration of artesunate (100 mg/kg) + China Q/30 proved to be highly efficacious as it completely cleared the blood stage infection.”

“Present study points to better efficacy of china as an alternative drug partner in combination to enhance antimalarial efficacy of artesunate without affecting the liver and kidney functions of P. berghei infected BALB/c mice.”

Authors: Rajan A & Bagai U

“Present study has been undertaken on Plasmodium berghei (NK-65), a lethal rodent malaria parasite, to monitor the morphological changes in blood cells induced by the treatment with combination of artesunate and47 homeopathic medicine.”

“Combination therapy of artesunate (100 mg/kg) and China Q was found to be highly effective in clearing the blood stage infection of Plasmodium berghei and it also enhanced the mean survival time (28 ± 0 days) of mice.”

“The combination of artesunate and China was found to be very effective and did not cause any alteration on the surface of blood cells as observed in SEM.”

“Authors investigated the effect of homeopathic preparations of Eupatorium perfoliatum and Arsenicum album on parasitemia using a rodent malaria model.”

“Although the mechanism of action is unknown, these agents would be good candidates as alternative or complementary medications in the treatment of malaria.” 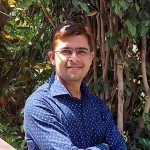 Dr. Saurav Arora is an internationally acclaimed medical homeopath, consultant, and independent researcher having 13+ years of experience as a clinician, researcher, and a teacher.

This site uses Akismet to reduce spam. Learn how your comment data is processed.